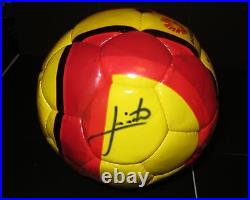 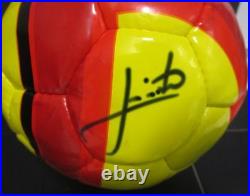 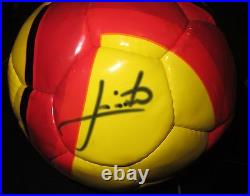 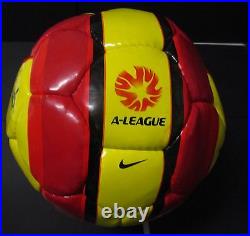 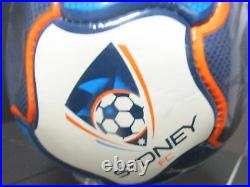 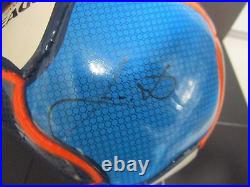 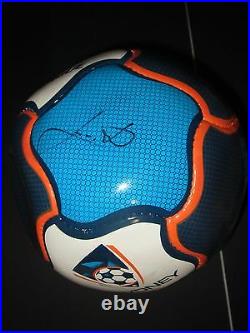 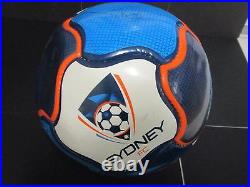 Major international guest player at Sydney FC 2007-08. Osvaldo Giroldo Júnior born 22 February 1973 in São Paulo. , known as Juninho Paulista or Juninho , is a Brazilian former footballer. Who played as an attacking midfielder. During his professional career, he played for Brazilian clubs São Paulo FC. As well as English club Middlesbrough. Spanish club Atlético Madrid. In Scotland and Sydney FC. Known as “The Little Fella” or “TLF”, he is regarded by many as one of the greatest players in Middlesbrough FC’s history. Juninho played 50 international matches for the Brazilian national team. From 1995 to 2003, winning the 2002 FIFA World Cup. And the bronze medal. At the 1996 Olympic tournament. NIKE YELLOW/ORANGE OFFICIAL A-LEAGUE FOOTBALL. THIS ITEM COMES WITH. PHOTO PROOF OF PLAYER(S) SIGNING THE ITEM. CONFIDENCE YOU ARE PURCHASING FROM A REGISTERED BUSINESS WITH 20 YEARS EXPERIENCE. Over 2,400 positive feedbacks. AUSTRALIAN SPORTS IS AN ACCREDITED MEMBER OF AUSTRALIAN MEMORABILIA ASSOCIATION. From 1st September 2017 all of our ASM Certificates of Authenticity will be emailed to buyers as PDF files. COA may arrive before or after the item has been received. Please also note that Australian Sports obtains autographs of multiple items from players and photo proof may be of player signing a wide range of items which may or may not include this item. We will however make every effort to include the exact photo proof of signing your item if we have it available. We do guarantee the item is authentic and welcome it to be forensically tested where it will pass. Australian Sports Management (ASM) is an accredited member of the Australian Memorabilia Association. The item “Sydney FC Juninho Paulista signed YellowithRed A-League Football + COA” is in sale since Friday, August 4, 2017. This item is in the category “Sporting Goods\Soccer\Memorabilia”. The seller is “australiansports” and is located in Sydney NSW. This item can be shipped to Australia, North, South, or Latin America, all countries in continental Asia, United Kingdom, New Zealand.